Skip to content Noise from earth Music is communication, not competition. 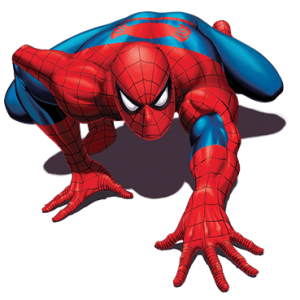 The music from the 1967 Spider-Man animated series is jazzy and catchy. Unfortunately the music has never been released in a format that would allow us to enjoy it completely. I often wondered what it would be like to capture the music from a series that never did a soundtrack, but I don’t have to wonder any longer. YouTube user, 11db11, went through the entire run of the series and attempted to capture the audio in its complete form, removing voice and sound effect when possible. This labor of love, which I imagine took a good amount of time, is over and hour-long and an addicting listen.

The music is credited to Jazz legend Ray Ellis. Ellis, who passed away in 2008 was a record producer, arranger and conductor. He is probably most famous among “serious” music fans for doing the orchestration for Billie Holiday’s Lady in Satin (1958). That is all well and good, but I became an unknowing fan because of his work with Filmation.

Working under the pseudonym of Yvette Blais (his wife’s name) and George Blais, he and Norm Prescott composed most of the background music for cartoon studio Filmation from 1968 to 1982. Ark II, Space Academy, and Jason of Star Command owe their very original musical styling to this brilliant maker of music. So if you need something new (that is old) to enjoy, why not give the video above a listen. It is not a soundtrack release, but it is probably the closest we will ever get.

Every piece of music from the original 1967 series, talking parts and sound effects removed as much as possible, pieced back together into complete form. All the Ray Ellis music from season one is here and there’s a lot from seasons 2 and 3 as well. Full list below …